Those who know me, know that I do NOT like to fly!  Actually, that is quite an understatement!  I have memories of one particular cross-country flight that I was on. From take-off to landing, the plane encountered turbulence.  Across the aisle from me, was an off-duty flight attendant, probably catching a ride home.  With every nerve-wracking shake and jolt of the plane, I found myself looking over at her.  In my moments of fear, I figured that she had at her disposal the truth that assured her that all was fine with the plane.  I’ll never forget how her example and demeanor comforted me.  She never knew that I was watching her.

Likewise, but more importantly, as Christians, people are watching us!  WE have the ultimate truth at our disposal!  Now that the library is up and running and the scrip department is flourishing, I encounter a lot of people every day – from the smallest among us in the library, to parents and grandparents who purchase scrip.  My words, my demeanor, and my example should be reflective of the truth that I profess.  In the Apostle Paul’s first letter to the Thessalonians, he was overjoyed at what was being said about them in their surrounding areas.   They had received the Word and were continuing to share it in word and deed – in the midst of their trials and persecution!  May the same be said of us!  People are watching us whether we’re aware of it or not! 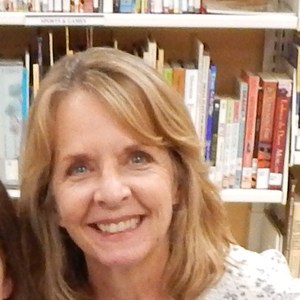 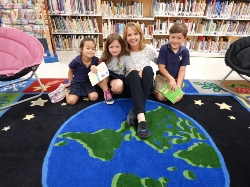